Silicon Reich: The new autarchy from the Silicon Valley

The end of the Internet (or maybe not)

I am writing this article with a little embarrassment, as I type these words on the plane, on my iPhone. Most probably I will share it on Facebook and someone, one day, will find it through the pages of Google search results. All actors of my lucubration that follows.

I am writing this article because, lately, each time that either for work or pleasure I experience these communication environments, I feel a strong discomfort. A sort of black cloud of guilt and moral and intellectual constraint torments me. I would like to break free from a certain logic but I can’t. This is the problem.

Beyond certain patterns or channels, there is only condemnation to oblivion. Outcast.

Autarchy is a term that for us Italians can be more than anything else a reminiscence, because it is one of the most relevant examples of “closed economy”

specific to Made in Italy and Germany.
This is about the economy established by the governments of those charming Hitler and Mussolini for whom, in their policies of world conquest, openness to international collaboration and exchange was not on the agenda.

Rather, they preferred to copy the best that others could do and make their own version of it, with the aim to do away with the need to import goods and make the most of internal resources.

But it is well-known: human beings are not naturally inclined to stay within enclosures or borders, unless they are obliged to by local policies.

Therefore to make a closed economy work, it is necessary to create a system of polarisation of information and various means of repression to maintain control.

We usually try to find a scapegoat for all the evil in the world, possibly a minority that carries out unseemly actions and that must be eradicated to avert the danger. 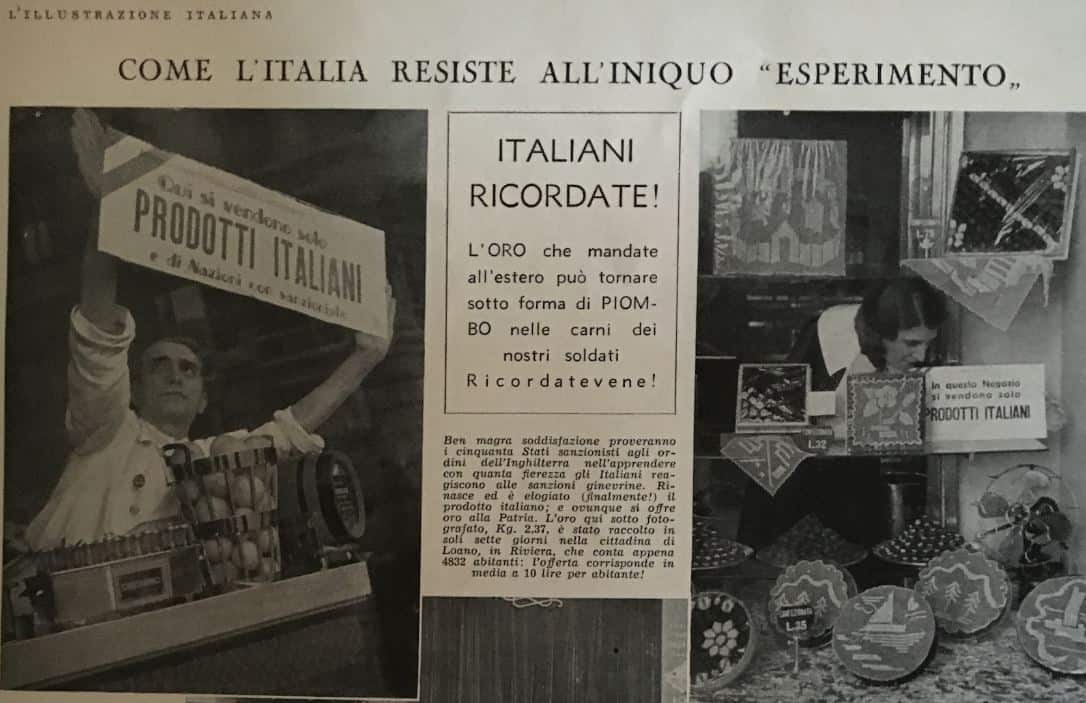 Nowadays the Algorithm rules the world

This is the source of the concept of Fascism. This time, surprisingly, the control centre is not in the big Romanesque buildings at the nerve centres of old Europe, but in the futuristic spaces of America’s Silicon Valley, between Palo Alto, Mountain View and Cupertino.

The more I explore the blue areas of Facebook, I look for something on Google or end up becoming a victim of Amazon’s infinite offers, the more I realise that my synapses are shrinking and that the information I register and process is ever smaller, less critical and more consolidated.

This happens mainly when I talk to friends and colleagues. Most of the time we agree! But how is it possible?

Fortunately, I live in a part of the world where I find myself in contact with the most extreme contradictions and this helps me to realise that I don’t really know anything. The little I know is never perfectly coherent and I feel that I am not sure of anything. 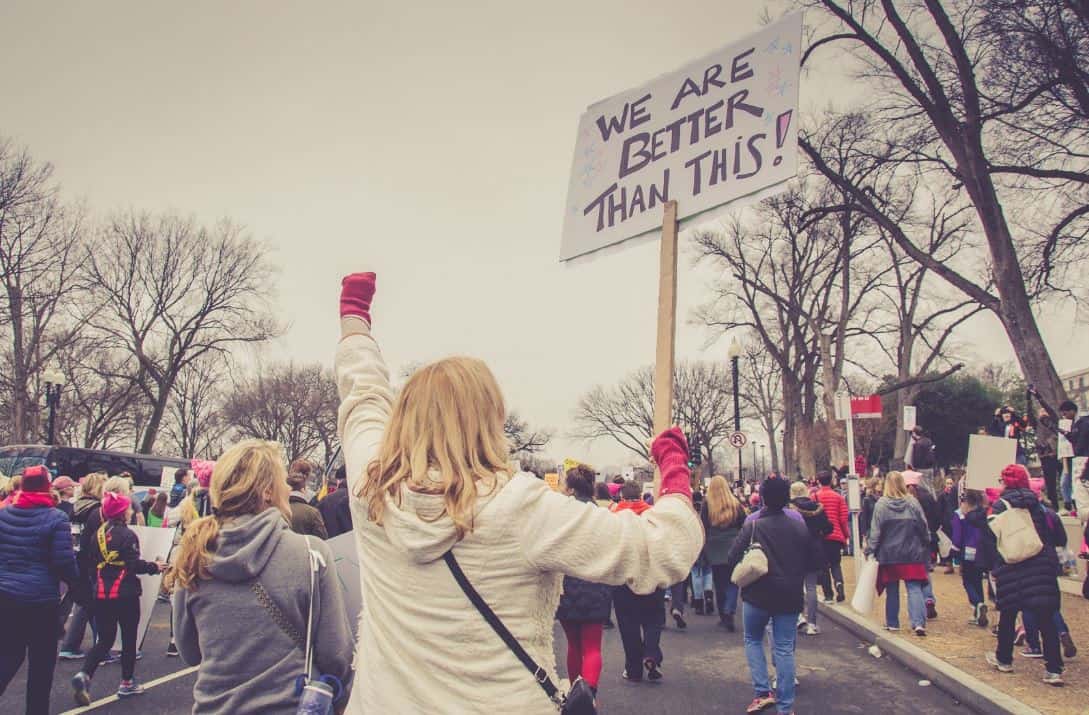 As a result, personal micro revolutions take place and lead me to ideas that sometimes I want to put into practice. And here begin the problems of compliance with the Reich conceived by the generals of the land where everything is possible: Silicon Valley.

I have an example that is particularly dear to me, the ban announced by Facebook of Blockchain-related content.

Facebook really seems to want to block the promotion of all content regarding the blockchain. Not just the ICOs and investment proposals, but any content that contains keywords such as bitcoin, cryptocurrencies or similar.

This follows the announcement in January of the intention to evaluate the use of distributed ledger technology. Obviously, Google was hot on their heels and announced the block on AdWords of any keyword linked to the Blockchain.

We truly seem to be faced with a counter-offensive by Silicon Valley’s Ministry of Censorship.

Whilst we wait for the censorship-related damage in the USA that might be caused by the abolition of the Net Neutrality Law, Apple is moving forward and removing Telegram from its store, claiming that it violates guidelines by hosting prohibited content (paedophilia, terrorism, etc).

As if they had control of the content we exchange on WhatsApp! Or do they have it?

Don’t call me a conspirator but, in case you didn’t know it, Telegram is Russian, completely encrypted and is on its way to widespread use thanks to the blockchain.

As a corollary to this, Stripe no longer accepts Bitcoin, Visa and MasterCard block all cards related to cryptocurrencies and magazines around the world are on the warpath against bitcoin & friends.

It really seems to be a coordinated action, developed simultaneously by several sources in the space of fifteen days.

It seems that this technology has been incorporated as an external element, unnecessary for the purposes of this organism that absorbs foreign technologies. Ravening for power and control, the organism is trying to expel this idea from its Digital Empire.

Considering that practically all the information to which we are exposed passes directly or indirectly through Facebook and Google, we may be under the impression that they’re right to block this content, above all because they tell us that Bitcoin is a terrorists’ currency, that there are no safeguards, that they are all tax evaders or scammers.

Let’s talk of how Snapchat was copied by Facebook and incorporated to Messenger, because the younger generation was moving to other shores.

Of how we no longer watch videos on YouTube, but on Facebook instead. Of how WhatsApp was bought by Mark, who left it there, stagnant, in order to move it piecemeal over to Messenger. Of how he tried to get rid of eBay with Marketplace.

Of how Google, after having enriched itself with the OTAs (Online Travel Agencies) by selling them advertising, started competing with them at no cost.

How Amazon has taken on the retail market and is taking aim at the logistics market, killing off the fantastic multi-faceted and multicoloured variety of eCommerce of the Noughties.

I could show dozens of examples, but let’s try to draw conclusions to understand how it affects us all closely.

The end of the Internet (or maybe not)

We should be aware that today, whatever ideas we may have, however much time and money we invest, it makes no difference how worthy we are.

There is an Emperor who, at any time, might decide to give us, and those like us, the thumbs-down condemning us to oblivion. Without any explanation or notice. All our efforts reduced to nothing overnight. Outcast.

The Emperor may decide that our idea is fabulous and try to buy it from us for a pennies; if we don’t want to sell because of idealism or because it’s not worth the while, he will copy us.

They have already wiped out and regulated entire markets.

I’ll repeat that: Regulated. This has been done not by a government, but by a private company. The punishment? Digital oblivion.

We have lost the Internet. The initial idea has been corrupted, the dream has vanished.

We are faced with a scenario straight from Orwell’s imagination, but we now have a new possibility: the blockchain.

An ownerless system free of controls, self-regulated by the wisdom of the crowd.

What if the Blockchain projects were the antibodies that the Internet has developed to defend itself against the cancer that afflicts it today?

English
We use cookies to ensure that we give you the best experience on our website. If you continue to use this site we will assume that you are happy with it.Ok