By ViralOctopus - Editor on September 28, 2021
A project probably won’t succeed without several critical factors, among them, a good strategy and clarity about roles and responsibilities for people participating in the project. Even a great plan is probably doomed to failure if there is not a clear understanding of who is doing what. You can use a responsibility matrix, also known as a linear responsibility chart, to map it out clearly. The RACI matrix is a specific approach developed by a plumber turned startup executive named Michael Carew that has really caught on. We have six simple steps to set up a RACI Matrix and a checklist of 11 best practices for fining tuning your responsibility matrix. So let’s take a closer look at the RACI matrix and how to use it. 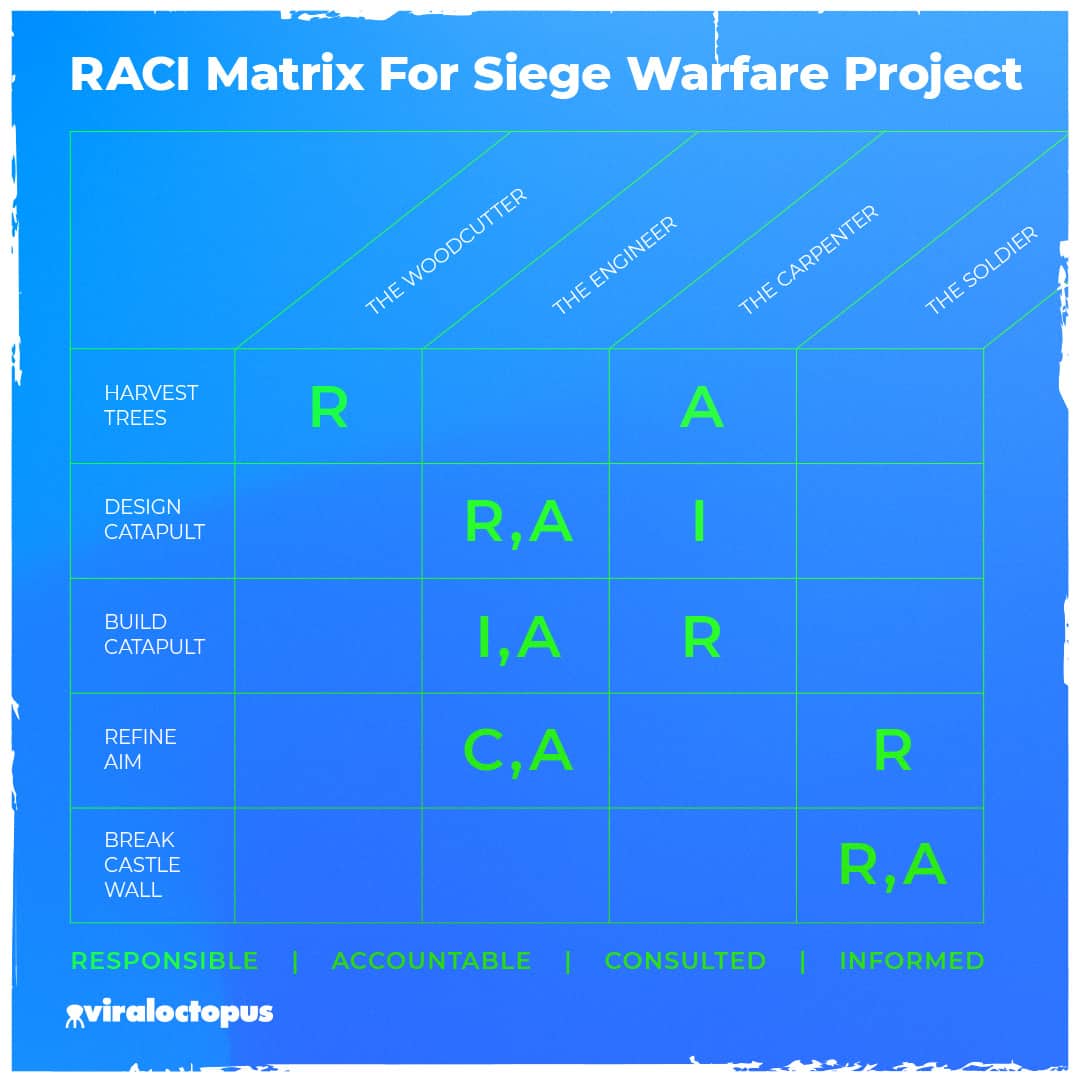 The RACI matrix shows tasks on its vertical access and participants on its horizontal access. Thus each cell in the chart corresponds to a task and a person. For each task/person combination, you indicate who will be responsible, accountable, consulted, and informed using the letters R, A, C, and I. One cell can have multiple letters in it. 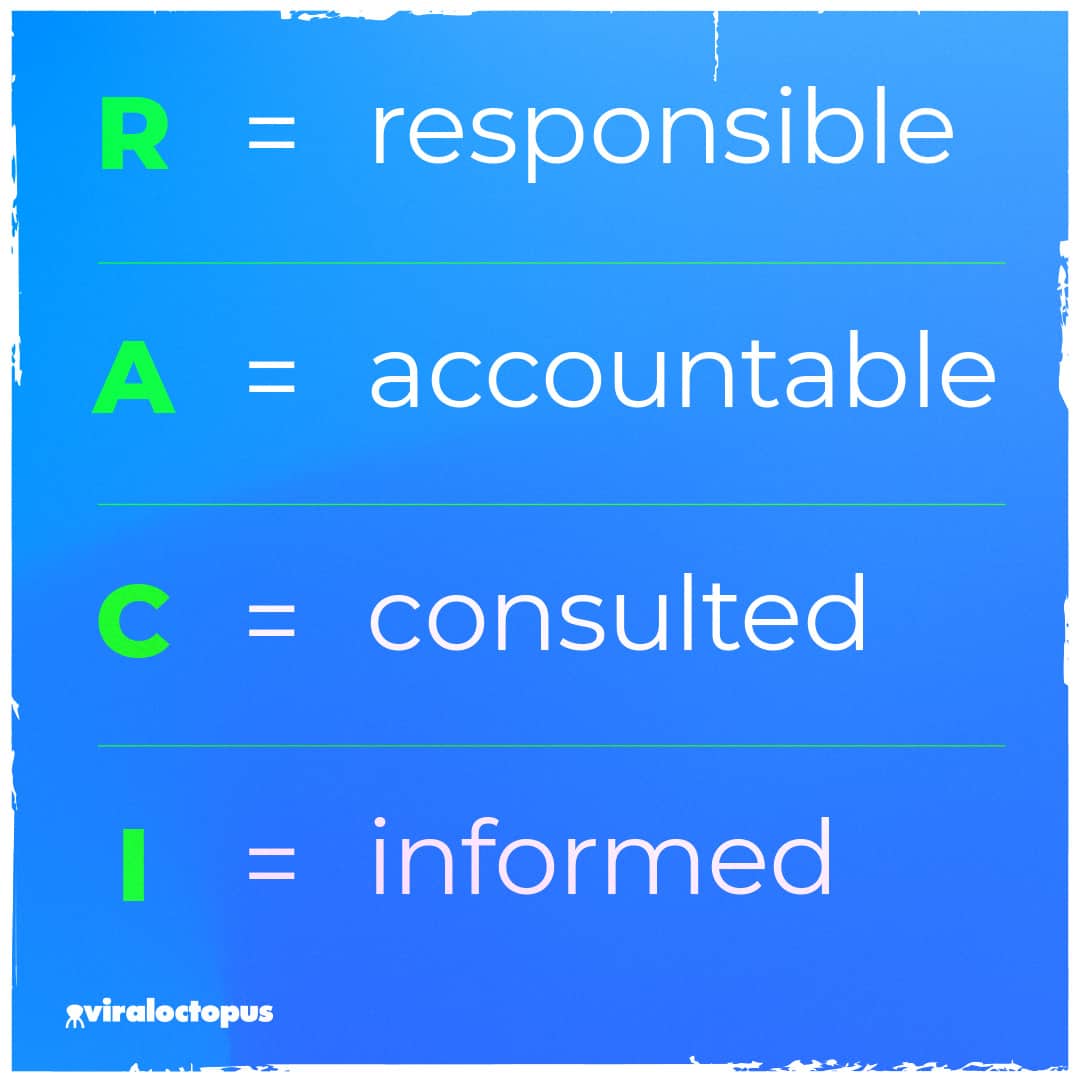 The matrix makes it easy to ensure that for every task in the project, there is someone to take care of every necessary role.  The four roles participants can take on in any project are: 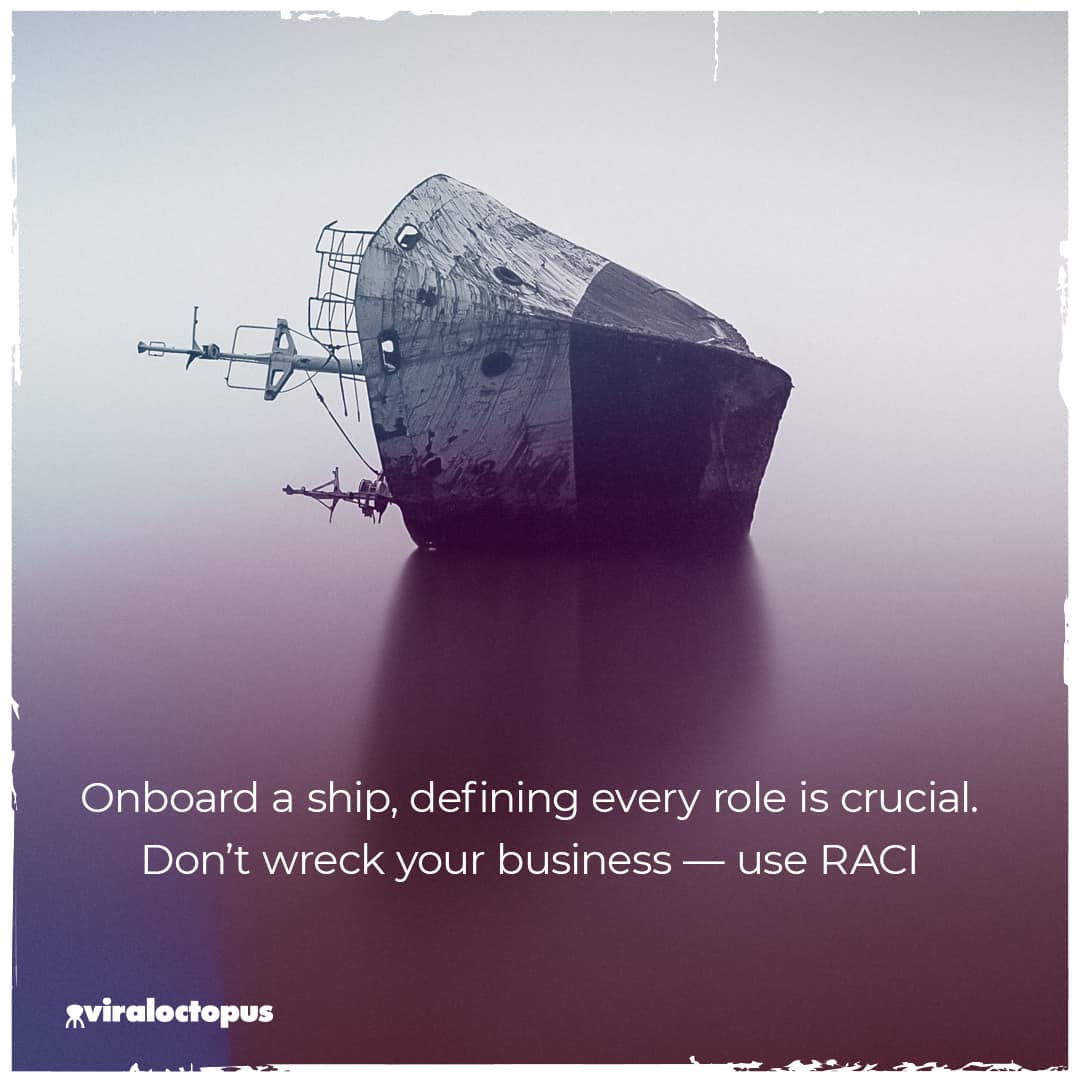 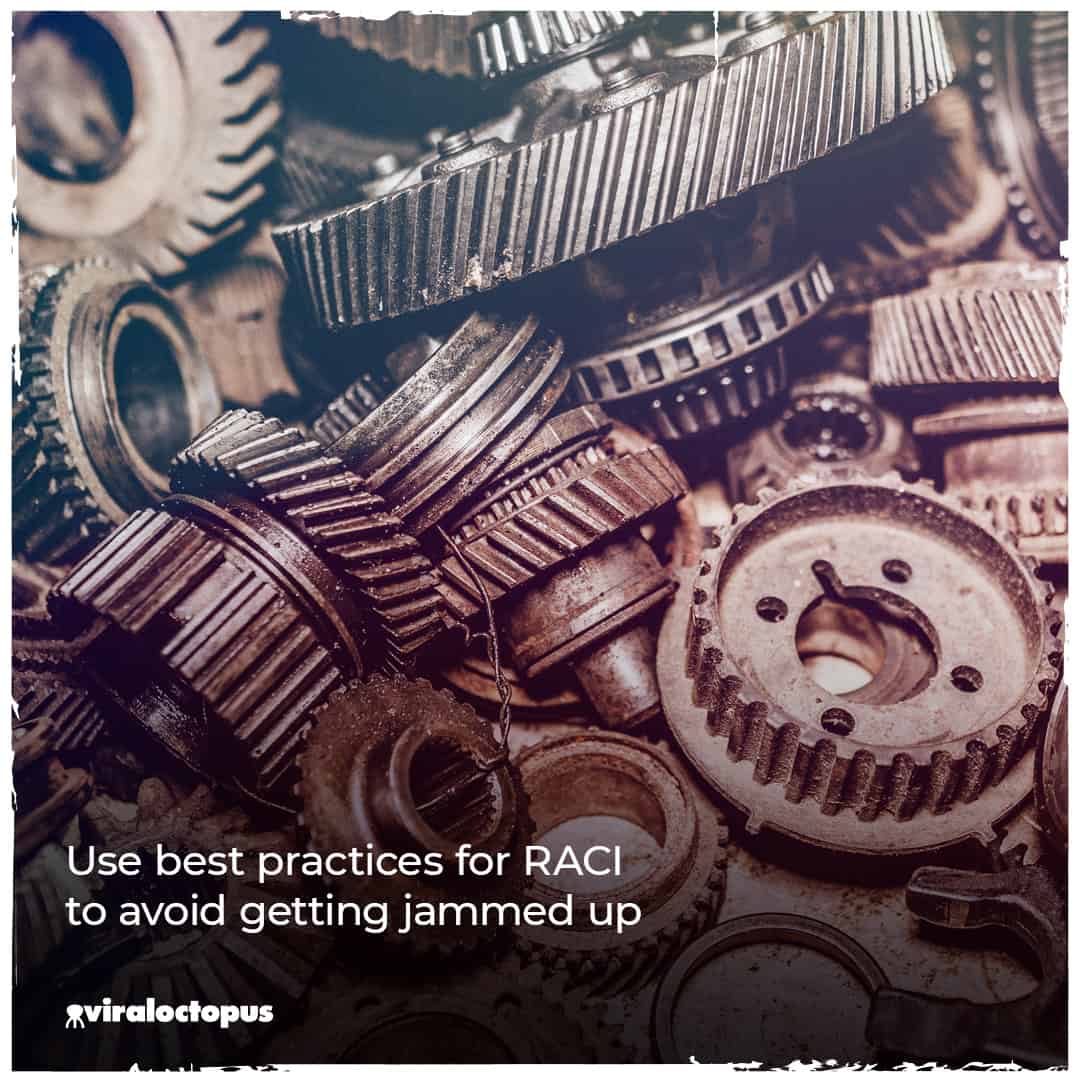 To get the most out of your RACI matrix, you need to ensure it eliminates any potential conflict or uncertainty and presents a clear picture that will work. You can simply you this checklist to verify you have done a good job in each column (participant) and then check each row (task).

Things to check for each participant column:

Things to check for each project row: 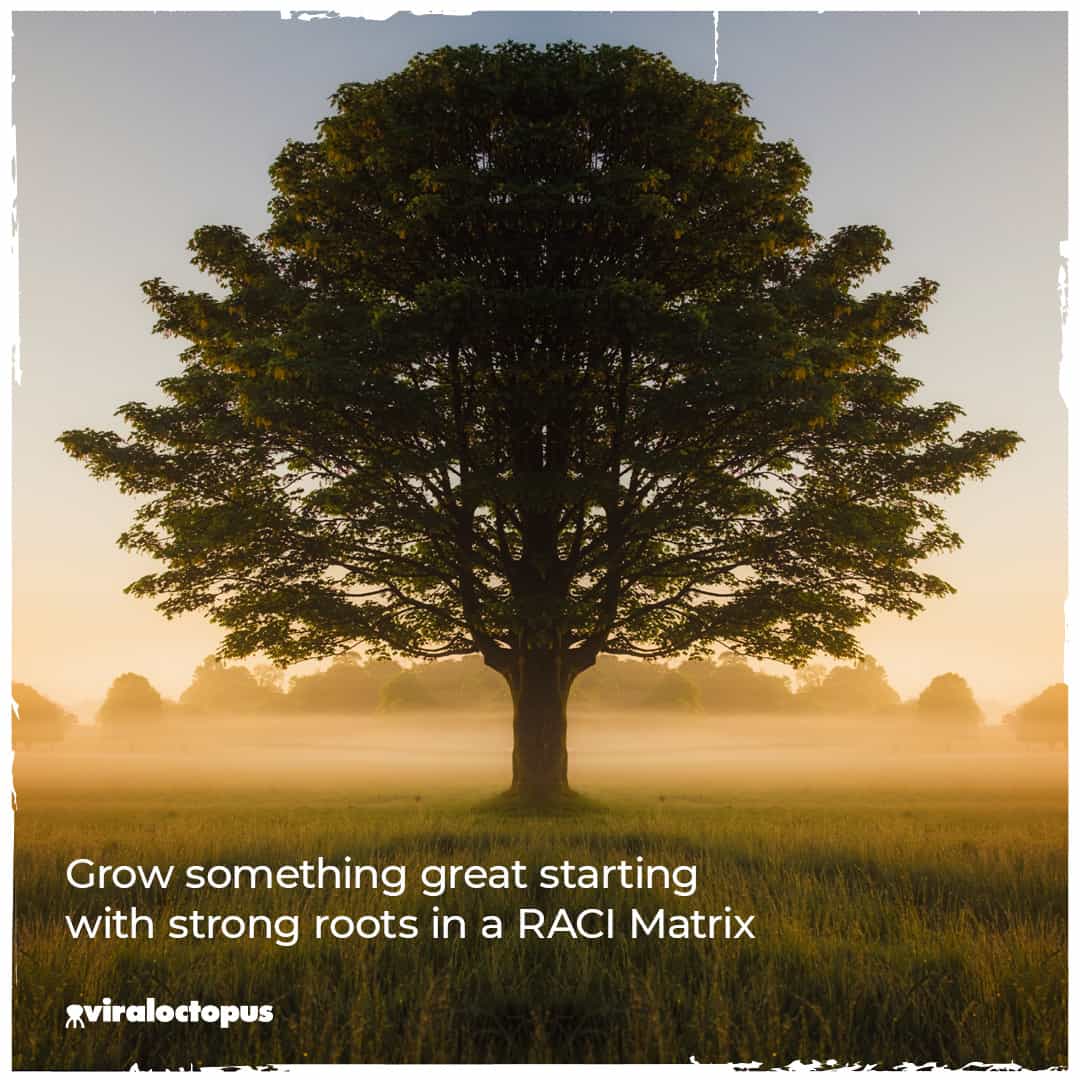 Take These Tips and Build a RACI Matrix! Now you have a simple six-step process for building a RACI Matrix and you’ve also got 11 crucial best practices to get your matrix fine-tuned. Are you ready to reap the benefits of clear organization of roles and responsibilities? Of course you are! So don’t hesitate. This process does not take long and it can produce great gains. Give it a try and let us know how it worked out for you in the Viral Octopus community.
SIGN UP